All plant nuts know that as a garden matures it becomes necessary to divide, edit, rethink outgrown ideas about what we want our gardens to be. As a result, the rejected plant material builds up. It is one thing to kill a plant through ignorance or neglect, but quite another to outright throw it away. Most of us have showered our friends with gifts from the garden to the point where they have asked us to “Stop, already!” My friend Janet (who is also my mentor, trying to coach me towards success in selling banners & pillows) has an annual sale of the overflow, which she has potted up, attractively labeled and priced equally attractively. It is quite a lot of work, and she tried to discontinue it, but is now back by popular demand. 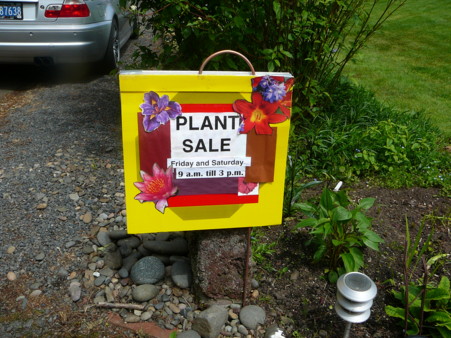 The sign alone tells you that good things are to be found here. 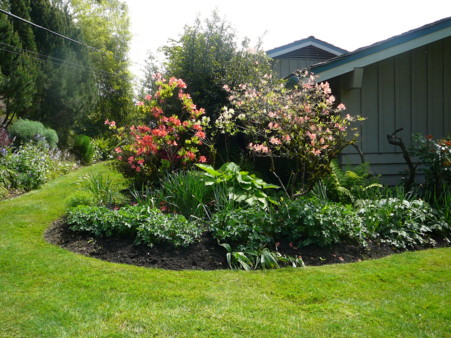 Janet is one of those gardeners who uses large swathes of lawn to set off borders packed with colorful and interesting plants. In fact, she is so successful that Hollywood came to call, filming parts of Extraordinary Measures with her yard as a backdrop. She found Brendan Frazer quite unappealing. I must say…he has only made one decent movie, Gods and Monsters, but that was enough to make me a fan for life. 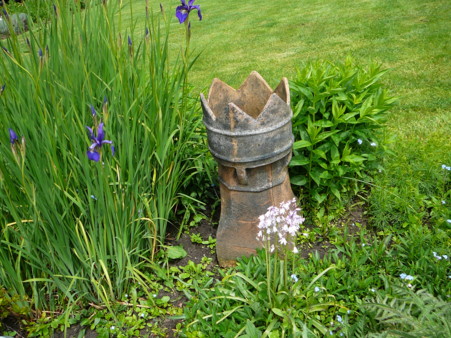 An eye for found objects enlivens these borders. 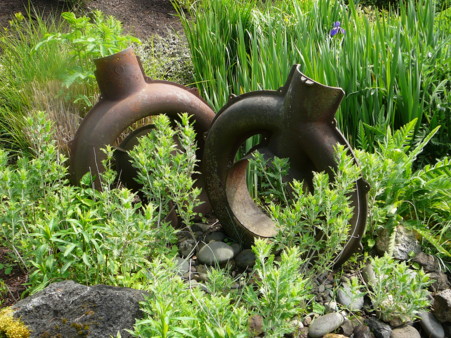 Not quite sure what these were in their former life, but repurposed as garden ornaments, they rock. 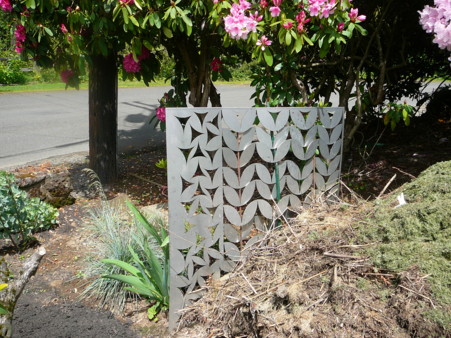 Who would guess that this most elegant of compost bins is itself refuse. Leave it to Janet to find and press into use a beautiful object that someone else considered trash. 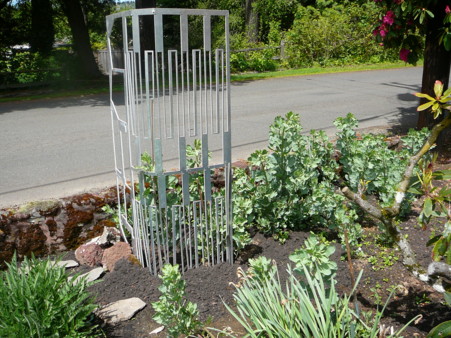 From the same source, this metal panel makes a brilliant divider/trellis. That is Romneya coulterii beyond it. I hope my new one will some day take hold like that one. 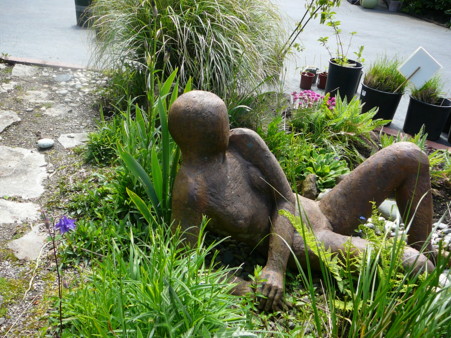 In addition to the found objects, these nearly life-size women by a local artist lounge in the lush landscape. I’m kicking myself for not asking the name of the artist, but maybe Janet will leave a comment to tell us. (yes, she did…go to comments for further enlightenment) 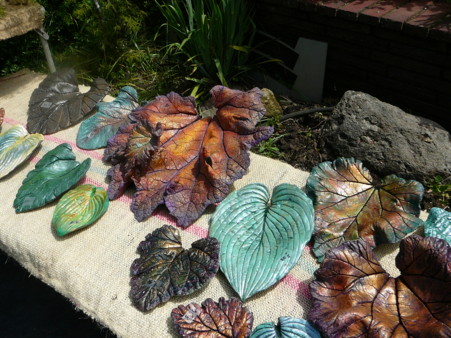 Many people are casting concrete leaves these days, but Janet’s have a natural look lacking in many. I have one that is the natural cement color spilling water into our small pond. I’ll take a picture to show you some day soon. 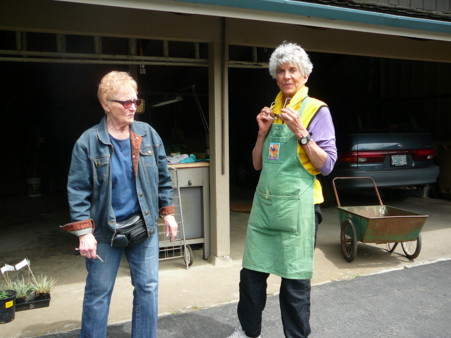 There is Janet, on the right, looking as colorful as her borders. Next time she has a sale, I will let all of you locals in on it, and my far-flung friends will just have to settle for these virtual tours.

11 thoughts on “janet has a plant sale”