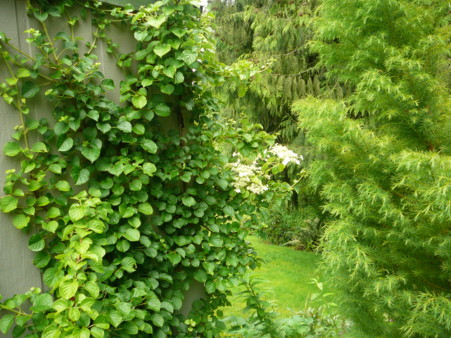 In its sixth year, this Hydrangea petiolaris decided to put forth a couple of blossoms 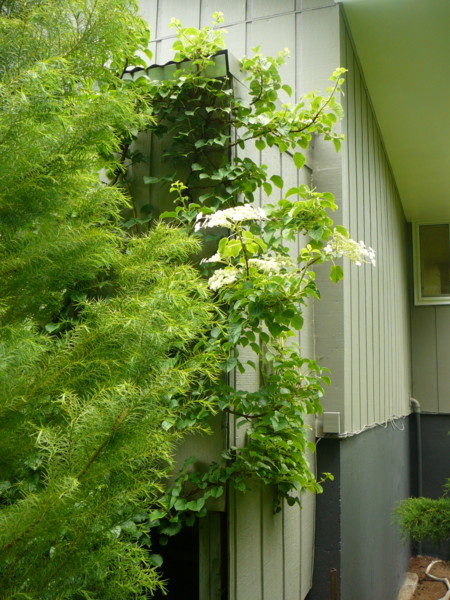 Not that I have been holding my breath, mind you. Its purpose in life was to camouflage a fairly unsightly woodshed. Having accomplished that, it is turning the corner nicely and being trained along the back side of the house. 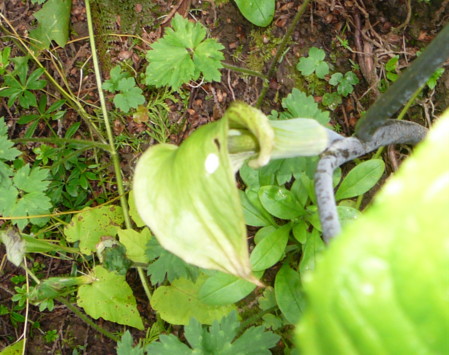 Meanwhile, back in the woodland, the Arisaema triphyllum nearly escaped notice. It put in its first appearance during the wettest spring in recorded history, so visits to the outer reaches were few and far between. It was already past its prime by the time I spotted it hiding out under the shelter of its own leaves. I am hoping it will multiply. A stand of these would be much more impressive than my one lonely specimen. I do love those mottled stems…similar to those on Dracunculus vulgaris, which refuses to bloom for me, but is putting on quite a show in the danger garden. Maybe mine needs more sun, or maybe Loree feeds hers a constant diet of Vestal Virgins?